Winter in Napa Valley often showcases beautiful blooms of wild Mustard in our many vineyards. Mustard plants,Brassica species, is a non-native member of the Cruciferae  family of plants. Vineyard managers use it to improve soil health, reduce erosion, add biomass to soil and suppress soil borne pests and pathogens. Mustard naturally provides biofumigation to control pests through the production of glucosinolates. These are the compounds that make prepared mustard hot or spicy. Mustard is not used to add nitrogen back to soil however. And today, especially with the development  of organic farming and non tillage vineyard management systems, cover crops like Vetch and other legume blends have become increasingly popular. So along with the demise of the Mustard Festival there is a little  less Mustard to spread around these days.

The story behind Mustard is quite fascinating. This non native is of Eurasian origin and was brought to Alta California in the 18th century  by the Spanish who colonized California with their missions. Here in what was then known as Alta California those missions were developed  by Father  Junipero Serra, a Franciscan. The missions of Baja California  were largely developed  by the Jesuit order until 1768 when King Carlos lll of Spain concerned by the increasing power and influence of the  Jesuits, expelled  them from the Americas and sent them back home to Spain.

Back to the Mustard, it was spread by the Franciscan Padres as they made their way up California along the El Camino Real or “The Royal Road”. Bringing a whole new way of life to our state with their domesticated animals and the introduction of agriculture, it changed the landscape forever with a host of non native plants and grasses. It didn’t work out well for the native peoples here either. The last of the Missions was built in nearby Sonoma to check the southerly advance of the Russians as they pursued the fur trade down the California  coast establishing  there last post at Fort Ross near the mouth of the Russian  River. Where the now Mexican government  established that last mission in Sonoma lived five distinct groups of native Americans including the Coast Miwok, Pomo,Wappo, Suisunes and Patwin peoples. Many succumbed  to European  diseases to which they had no immunity.

In 1834 Mexico secularized the Missions and created a system of land grants with names like Caymus, Juarez and Tulocay that still resonate today. The new aristocracy of  Californios and there ranchos were eventually  swept away in a wave of new migration and Manifest Destiny that viewed mestizo culture and Catholicism in a negative light. It was in 1846 and again in Sonoma that the Bear Flag Revolt occurred finally securing California for the US. (Along with the treaty of Hidalgo in 1848)

One last note of irony little mentioned by the press is that Pope Francis, the first Jesuit pope, has just said he will canonize or elevate to sainthood Junipero Serra when he visits Washington DC later this year.

I hope you enjoyed reading this. My mind often wanders off in many directions like the wind as I travel about the wine country. Cheers! 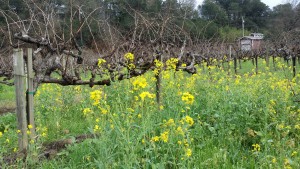 Your visit to Napa wineries should be relaxing, informative and above all a good time. I always begin with guest expectations.  What would you like to see and what recommendations have you been given. I believe that a variety of places we visit with regard to size, production, availability back home and, importantly, the experience itself is important as we plan our day. As a general rule four wineries  or even three  is a full day. This is especially true with smaller wineries and prearranged tours that may last ninety minutes or longer. Of course we must also factor in transit times and picnic or other food options to consider. This is where my skills as your driver and guide shine. It is very possible to see more wineries and still enjoy ourselves, however it just requires more thought and planning.  Again I’m your guy to make a fulfilling and fun day. Understanding tasting charges, shipping issues and just making sure your winery visit was worthwhile is my job. I walk into every winery with you and many times it is not just the owner or manager, I introduce you to but a personal friend. Thanks for your interest. Down to earth good times are my passion. Terroir Tim 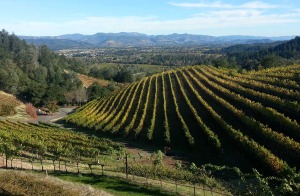