You are here: Home / Archives for Napa Terroir Wine Tours 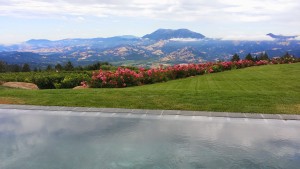 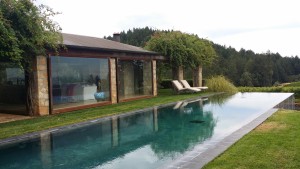 This amazing Napa winery probably has the most spectacular views in all of Napa. This is no mean feat. Noted San Francisco architect Howard Baken took full advantage of this sites unique location to bring his vision of integrating the natural world literally into the constructed  environment of human living, enjoyment and endeavor. This is a winery like no other, and reflects the passion too of the owner that created this mountaintop masterpiece.  The wines are outstanding and display the rugged mountainous terroir from which they are made. Visiting here is reason to call and perhaps tour Napa with me. I guarantee we’ll have a down to earth good time. Terroir Tim 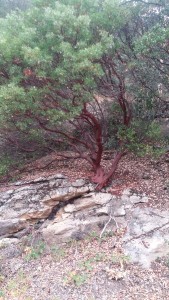 Mother Nature seems to be giving wine country and California one last gift of rain this weekend . Thank goodness, we need all the precipitation we can receive.  The Manzanita pictured here is uniquely adapted to California’s semi-arid environment. Its a gorgeous small tree or shrub, very hardy and reflects nicely our rugged landscape and natural terroir. The Coastal Redwood pictured too is a majestic and awe inspiring tree also unique to California with a range stretching from just below Oregon to Big Sur just south of Monterey.  It thrives on water and is even capable of capturing moisture from coastal fog. Many of the farthest eastern, natural stands of Coastal Redwoods are found in the very deep canyons on the east side of Napa Valley, and east of the very well watered plateau where Angwin above St Helena is located. One more reason to keep the splendor of Napa Valley’s vineyards, pictured here  looking down from Spring Mountain in perspective.

Its all about balance right? And not just in our glass but the natural environment too. Travel with me and share not just my rich appreciation and background in both food and wine, but my love of Napa’s natural physical beauty too. 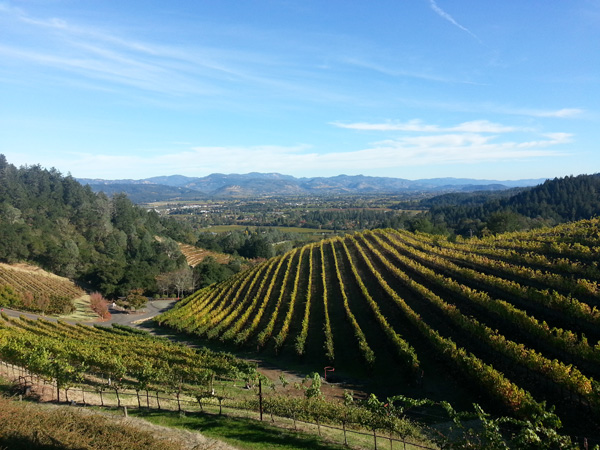 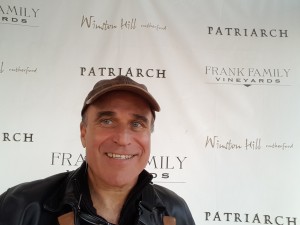 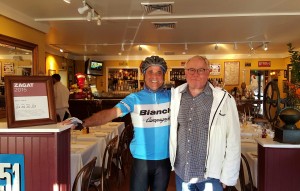 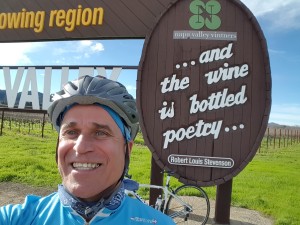 Things are looking good and life is off to a great start here in the Napa Valley as the 2016 vintage unfolds with new leaf break and life in general just seems to get better even with the usual hassels and  uncertainties of our modern, agricultural and commodity driven economy. Of course Napa today is a high end commodity name associated with the very best of the worlds wines. I’ll relax a bit with that idea and count my blessings having grown up here. I’ve seen a lot though and always have my compass and extant handy to divine the future. Don’t laugh too hard ,water divination in our current drought environment is actually a highly sought after talent, and quietly used by newer properties here in Napa located in often improbable areas.

This troubles me. No not ‘well witching’ , but the extremes to which the most remote, scenic and inaccessible parts of Napa County are now being developed for vineyards, and what to me are often luxury home developments parading as wineries. In some cases they pose a threat to not just Napa County watershed but truly pristine wildlife habitat. As an aside my world class mountainous bicycle rides are probably also impacted, but this is surely a somewhat selfish if regretful and unavoidable result of living in such a beautiful place.

I will put aside aside my worries here for a moment and again thank my stars I had grandparents on both sides who saw the opportunities of Napa a century ago. Dairy, fruit orchards and walnut groves are what I grew up with as a kid. Most of my family,including me, are graduates of  UCDavis, thst was just  a natural trasition growing up here in Napa. Life moves on and my new passion is now owning Napa Terroir Wine Tours.

My first year was a highly gratifying success.  A busy and highly productive season helped fulfill my ambitions and allowed me to afford an entire month with my beloved Griselda in El Salvador. (No Zika or Chikangunya thank God). So many holidays I now enjoy. Next, the opportunity to share my love of Napa, Sonoma, fine wine and food along with the history of wine country I can’t begin to describe. I’m now my own boss and when I worry about my clients experience I know someone is listening. And that would be  me of course.

Everything I ever engaged  living and growing up here in Napa, beginning with raucous youthful enjoyment and leading later to carreer oriented, sometimes admittedly  adult excess is fodder for comment and reflexion. Absolutely rare is a part of the Valley, a neighborhood or sometimes even an intersection that I have no comment on. Over twenty years of restaurant work and vineyard and cellar work stretching back to 1974  give a lot of perspective.  I also have great humility and treasure for those moments working with the ‘least’ amongst us and having fun partying with them too. Many times especially in 1974 it was I who was the inexperienced worker shovel in hand glad to be taking direction from the more informed coworkers without documents.  Oh , I really do have the stories and the ‘real dirt’. Enjoy yourself and travel with me ,Terroir Tim ,on one of my world class wine tours!

Rains retreat and blossoms bloom, while El Nino delivers modest precipitation and another balmy, even warmer winter than usual. How else to describe the warm, very green and unusually enjoyable ‘winter’ Napa has experienced, other than spectacularly beautiful.  Once more we have an early bud break, and despite what the Napa Valley Vintners Association has pronounced concerning climate change,  this has become common. Life is good. So too for yours truly. Yet just as I gloss over climate change, I also worry about our ‘Valley’ too. Are we perhaps to become a victim of our own success.  Specifically, mega vineyard developments in Napa Valley’s precious watershed and wilderness areas  may pose a long term threat to the unique character of Napa. As a fourth generation Napan and avid cyclist, hiker and naturalist I worry about this. As a free market evangelist of fine wine, food, love and song though, I celebrate this too. Maybe I’m just a conflicted old hippie. OK 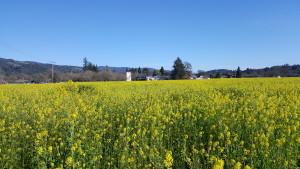 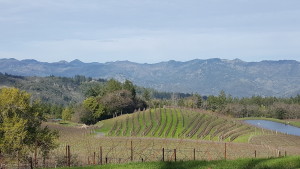 but if  you see me going up or down Atlas Peak, Mt Veeder or Howell Mountain roads bicycling, wave please. I cycle solo and always have a business card,  new story and passion to  share the latest hip winery with new wine tour clients.  I have the real dirt and terroir is my passion! Tour with me, Terroir Tim and Napa Terroir Wine Tours.  Cheers!

I am always interested in how new trends develop in the world  of wine and how technology and science help drive those changes. Much of the time we simply rediscover the past. The search for “new” varietals to enjoy from historic grape growing regions sretching from Andalusia to Anatolia continues, much like the current interest in ancient grains in the culinary realm. My current favorite in this regard, the Lagrein grape varietal from South Tyrol in northern Italy. I will write more on this in future posts. Likewise I will weigh in on trends in fermentation, be it stainless steel,oak or cement in another future post. Again the new often a rediscovery and really a better appreciation of the old.

Today I want to describe  the changes in Chardonnay style and the science behind those trends. Thirty plus years ago one of the “hottest” trends in the world of white wine (at least here in California ) was the emerging interest in small, French oak barrel  fermentation of Chardonnay. In tandem with this trend was the use of malolactic fermentation to enhance mouth feel and richness, add character and give Chardonnay a buttery note that became it’s signature.

That “buttery” note was a result of the diacetyl produced by the bacterium Oenococcus oeni consuming tart apple-like malic acid and transforming it into the softer less acidic  lactic acid. What the industry  was emulating were fine white Burgundies  like Montrachet. And what UC Davis and much of the industry had treated as a spoilage factor, secondary malolactic fermentation in white wine, suddenly  had a buzz surrounding it.

During this time, I worked in the cellar at Pine Ridge  Winery and worked also with a wine broker selling Saintsbury and Kistler wines. These were all then up and coming producers making exciting wines (they still do) including rich, very nuanced and buttery style Chardonnay. It was a lot of fun to sell and explain these wines to retailers, restaurateurs and the public at large.

Inevitably, especially among lower priced offerings, this style of Chardonnay  became a victim of its own success. The buttery note became confused with the butterscotch flavor of increasingly heavy handed oak barrel influence. The use of heavily toasted and cheaper American oak barrels led to a cloying carmel character that often had a bitter tinge. The solution here was to leave behind a little (often very  noticeable) residual sugar. These wines were like drinking an apple and vanilla milkshake or liquid creme brule, enjoyable maybe but not particularly worthy of more serious  consideration. Wine wags with a humorous bent would  refer to these wines as (insert a city) “crack”. I won’t go there.

I will note that as I drive groups of young, trendy and cosmopolitan clients they universally eschew this style of Chardonnay, no pun intended. Unoaked Chardonnay fruit forward in style and avoiding the use of ML or malolactic is now once again very popular. So strong is the feeling, that it is an “anything but Chardonnay ” choice that increasingly  favors whites like Sauvignon  Blanc.

And so it goes. Things change or do they? I would love to hear your thoughts on this or other weighty matters. Call or write me to set up a wine tour. I promise to make it interesting  while having a down to earth good time.